Explore the Principles of Agile Manifesto 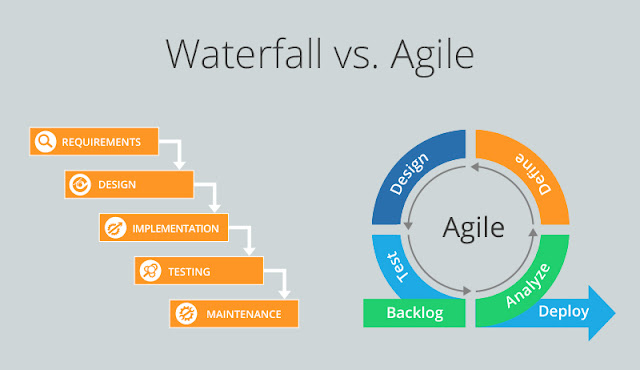 The “tell me everything you require” method of project management started facing a lot of issues. Documentation of the requirements during the inception of the project took ages and by the time the final deliverables were rolled out, there were shifts in the requirements making the final product partially obsolete.
In this article, we will explore the 12 principles of the Agile Manifesto. The Agile Manifesto is a set of directives that enable teams working in varied environments to continuously learn, grow and deliver value to the clients. The principles of Agile welcome changes and make the customer the focus of all endeavors.
Let us dive deep and understand the extensive extract from the Agile principles.

“Our highest priority is to satisfy the customer through early and continuous delivery of valuable software.”
The principle establishes that clients are more satisfied when they get working software at regular intervals compared to when they get a final complete software at the end of the project. This is where Agile pushes the significance of Minimum Viable Products (MVP), a development technique where a product is developed with limited features, enough to satisfy early adopters while the rest of the features are incorporated after the completion of the feedback cycle.
Key Points:
I.            “Our”
The word “our” refers to the Agile team working on the project and placed the responsibility of customer satisfaction on the project team.

II.            “Early delivery”
Agile indicates that delivery should be early and in small pieces. This method of delivery greatly shortens the feedback cycle and created room for early detection of requirement shifts. While often neglected, this mode of delivery also helps the team understand the mindset of the client, a factor that plays a significant role in the satisfaction parameter.

III.            “Continuous delivery”
Keeping a constant line of delivery over a period facilitates constant feedbacks and a better chance of meeting the requirements.

“Welcome changing requirements, even late in development. Agile processes harness change for the customer’s competitive advantage”
The development process, in general, may require tuning from time to time and it is prudent to be open to changes. The principle brings out the true agile mindset and shows that requirements are dynamic and may grow or change. This is also the principle that separates Agile from the Waterfall model.
Key Points:
I.            “Late”
The word signifies that it is never too late for the customer to make changes. Only when the customer identifies changes can the deliverables attain higher utility. Also, the project team should be open to the required shift as it will avoid partial completion of requirements.

II.            “Competitive Advantage”
This significantly extends the scope of a project and considers the project team to be responsible for delivering competitiveness to the client in the form of cost, offerings, visibility, etc. It is no longer just the role of the client to decide if the requirements specified are enough to deliver a competitive advantage.

“Deliver working software frequently, from a couple of weeks to a couple of months, with a preference to the shorter timescale”
Agile promotes a shorter development cycle that should occur at consistent intervals. These cycles are called “Sprints”. Frequent delivery generates constant feedback flow from the clients and keeps all the parties engages in the development process.
Key points:
I.            “Working”
Agile sets the standard for the deliverable absolute by not just emphasizing on delivery but the delivery of working software or product. Deliveries not meeting the required specifications cannot be considered as a successful delivery. With this point Agile aims at giving a boost to value delivery.

II.            “Shorter timescale”
Delivery on smaller timescale intrinsically helps in the recognition and minimization of waste and their overall effect on the process bringing out the Lean base on which Agile is built.

“Business people and developers must work together daily throughout the project”
The emphasis here is on collaboration. Effective involvement of Business people, project team and the clients helps in swift incorporation of change requirements.
Key points:
I.            “Business People”
Business people are the proxy between the client and the team and are a crucial part in promoting the agility in communication and execution.

II.            “Must work together”
This agile principle brings into light the concept of sharing responsibility.

“Build projects around motivated individuals. Give them the environment and support they need, and trust them to get the job done”
The emphasis here is to create a positive and progressive work environment. Experts support the fact that enabling the team is an organizational level priority and a key reason behind the success of any organization.
Key points:
I.            “Motivated individuals”
Motivated individuals are team members who are greatly enthusiastic and prepared to get the work done. During any project, keeping the employees and team motivated is of great essence and comes with many benefits. Only when an employee is sufficiently motivated will he/she deliver to his/her capacity and may even go beyond his/her responsibility to make the project a success.

II.            “Give them the environment & support they need”
This answers the million-dollar question “How to keep the team motivated”. Over the years there is a general shift in employee behavior. Now, professionals are more interested in the learnings that they derive from a task than general remittance benefits. 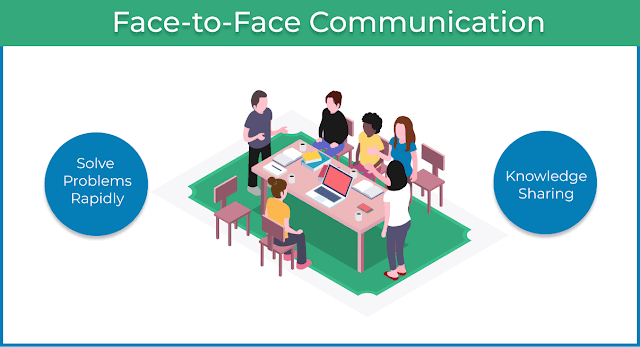 “Working software is the primary measure of progress”
Agile identifies fully functional software or product as the mark of successful delivery. It the deliverables offers partial utility against the requirements, it cannot be considered as successful delivery even though delivery has been made. With this, Agile not only promotes value in the end product but pushes for a very professional and commitment-oriented mindset.

“Agile processes promote sustainable development. The sponsors, developers, and users should be able to maintain a constant pace indefinitely”
This principle brings two points into light: sustainable development and consistency in performance. With the incremental delivery, wastes are eliminated intrinsically supplementing sustainable growth. Agile also supports maintain pace along with supporting agility throughout the project.

“Continuous attention to technical excellence and good design enhances agility”
Agile indicates that shortcuts may bring short term benefits but they may very easily backfire in the long run. With so much emphasis on swift delivery, it is important to note that swift delivery should not come at the cost of quality. For example, poorly programmed software will create problems in the long run in terms of errors and bugs.

“Simplicity — the art of maximizing the amount of work not done — is essential”
Not overworking, but also doing what is necessary is what keeping things simple means, and Agile keeps simplicity as the core of all the endeavors.

“The best architectures, requirements, and designs emerge from self-organizing teams”
Agile promotes the practice of decision making by the team. This greatly removes the infamous ‘micro-managing’. Agile establishes that the best results are achieved when the team is skilled motivated, poses decision-making skills and can take ownership. This principle perfectly supplements the need for creating a progressive environment for the employees proposed in principle 5.

With the complexity possessed by business structures and the growing element of fickleness in business requirements, Agile is a good fit for everyone working in the project management spectrum. While Agile does not provide a recipe for project success, it prepares the team to promote optimal value. It will not be wrong to suggest that the time is ripe to invest in Agile learning and there are multiple ways you can start your agile learning journey. If you are a professional working in agile project management and want to validate your experience or initiate your learning, Agile certifications can be a good solution.
Certification Planner runs multiple PMI-ACP certifications across North America. A certification credential governed by PMI and considered as the most prominent credential in agile project management. Learn from industry experts during extensive training sessions. Reach out to know more at support@certificationplanner.com, call at +1 8553221201 or visit the website at www.certificationplanner.com.
Happy learning!

Popular posts from this blog

Planning to take the new PMP exam? This is how you can prepare for it

April 21, 2020
PMI, the governing body of PMP, had earlier announced that the Project Management Professional (PMP) exam change would be effective from 1st July 2020 has now extended the change deadline to 2nd January 2021. In every 3 to 5 years, PMI researches to study the changes and trends in the project management domain. They find out if the changes are impacting the functions of a project manager. The research is conducted by PMI and PMP subject matter experts from around the globe, and from prominent organizations. On 30th June 2019, the new PMP Exam Content Outline was published. 1st January 2021, is the last day to appear for the PMP exam before it changes on 2nd January 2021. If you have been preparing for the PMP exam along the current outline, you can even take the exam online. However, if you are planning to wait for the current economic slowdown to pass and take the new PMP exam, this article is for you. What are the changes? The current PMP exam is based on the five domains
Post a comment
Read more

January 20, 2020
The wait is finally over. Here we are again announcing the schedule for our 1st set of complementary training for Veterans and families. In December 2019,  Certification Planner, LLC  had been  awarded as one of the “Top 50 Education Providers”  by  Global Forum of Education and Learning #GFEL for  creativity, innovation and our contribution to the E-learning industry.   Post holidays, our CEO  Suhaan Kkhanna  has announced that CP will continue to offer complimentary and discounted training programs to veterans and families under our  “Power to Our Heroes”  program initiative. CP aims to provide assistance to veterans, transitioning from military to civilian life. We at Certification Planner, work towards making training convenient while providing the best quality to the learners and have received phenomenal reviews. CP has received  5-star ratings on  Google  and  Trustpilot . Now, the same quality training is available for the veterans. In the words of  Suhaa
Post a comment
Read more

An Introduction to Scrum

April 09, 2020
The Traditional Waterfall V/s the Revolutionary Scrum: Before we get into Scrum, let’s look at the waterfall method to understand how Scrum is different from the traditional approaches. The waterfall follows a lengthy and time-consuming process in developing a product. It goes through various stages, such as the plan, build, test, review, and deploy the final product. The waterfall model doesn’t shift to the next step without completing the previous step, removing the scope of overlap of tasks to optimize the process. Since project managers make all the significant decisions at the start, it takes months to complete the planning process, then goes for building, testing, and reviewing. As the final product gets delivered after a considerable lag, the final product often becomes partially obsolete by the time it is released. The process takes several years for a product to be ready after several times of back stepping into the process. Often, the development team begins working on
Post a comment
Read more